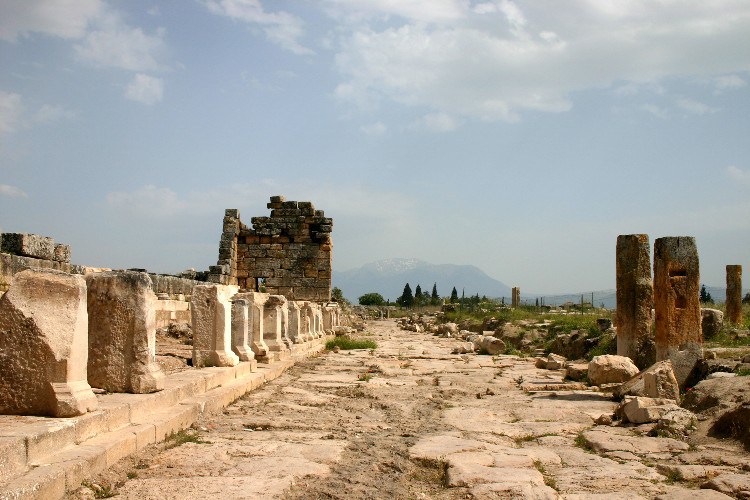 Pamukkale hosts another ancient Roman city, Hierapolis. We have been promised a thermal spring at the top of our climb over the travertines – calcified formations that cover the side of the mountain, but when we get there, we are disappointed. It looks like a bad swimming pool, and at the price being asked (15,000,000 Turkish Lira each – about C$15), we aren’t so interested. Instead, we walk up behind the pool to the ruins of the Roman Amphitheater, then around the top of the ridge into the old town of Hierapolis, which spreads up the hills behind us. We can see the ruins of the houses stretching out into the distance – this must have been a good sized city.

PHOTO Top of the Empire State