I haven’t spent a lot of time in the United States,

but this month I am travelling to New York City and California with How to Hack a Heartbreak and The Next Best Thing. And make sure that while you are on the road, make sure you are covered with some Travel Insurance! Here are followsummer’s recommendations to keep your American road trip safe: 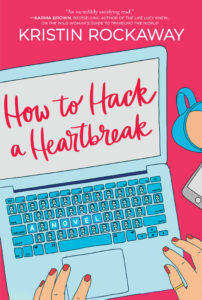 We see the beauty of New York City in this book.

How to Hack a Heartbreak

When Mel Strickland receives one too many penis pictures from men she met on dating app Fluttr, she takes matters into her own hands and creates JerkAlert, an app that allows women to log harassers and abusers in the online dating world. The app becomes a viral success, as women start sharing their stories of men who stood them up, were already married or had sex and then disappeared from their lives.

Mel, who is underemployed and working for a start-up incubator in New York City which is full of entitled men who don’t believe women can code.

“Here was another rookie mistake: arranging an internet date within walking distance of my office building. I worked on Water Street, right at South Street Seaport, so most of my co-workers grabbed their happy hour drinks at bars along those cobblestone streets surrounding Pier 17. The Barley House was further west, closer to the Stock Exchange, tucked away in a hidden corner of Maiden Lane, so I figured it was a safe zone.”

“From up here on the 29th floor, New York looked divine. Sunlight sparkled off the East River. Boats glided beneath the Brooklyn Bridge, leaving frothy white wakes. It was the ideal afternoon for an alfresco lunch.”

Of course, not all is beautiful in New York City, although on this particular day, when Mel enjoys lunch with her workmate crush, that ugliness seems to be absent: “A mild breeze floated off the river and the snippet of sky visible between the surrounding buildings was blue and cloudless. For once, there were no construction vehicles spewing exhaust, no jackhammers clobbering the asphalt, no open bags of garbage festering on the pavement. The usual noises and orders of a New York City street were absent. It was simply a beautiful Monday afternoon.”

While the subway system sounds awful – crowded with new space to move – this particular trip home for Mel became terrifying as a man rubs himself against her. Mel calls him out and a subway full of New Yorkers become her ally:

“New Yorkers get a bad rap, but in time of crisis, they will rally to your side without a second thought.”

How to Hack a Heartbreak is by Kristin Rockaway ($19.99, HarperCollins Canada). 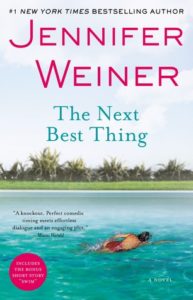 We take a road trip across the United States, ending up in California in The Next Best Thing.

The Next Best Thing

When Ruth Saunders was three she was left badly scarred in a car accident that killed her parents in Massachusetts. Her grandmother comes out of retirement to care for her through all her surgeries and life’s ups and downs. After she graduates from college, Ruth and her grandmother pack up their car and head to California and specifically Hollywood, where Ruth hopes to make it big on TV.

Before we make it to Hollywood, we take a road trip with Ruth and her grandmother.

“We started our trip just before Thanksgiving, thinking we would meander our way across the country and arrive in Los Angeles the second week of December…We stayed at affordable places on the way, stopping off to see Yosemite, The Grand Canyon…We spent a single night in Vegas, where I treated us to tickets to see Bette Midler and a meal at a restaurant with actual Picassos on the wall. The next day we were in Los Angeles where, at Grandma’s insistence, at the Regent Beverly Wilshire – the Pretty Woman hotel – for the first three nights in California.”

In California, the pair rented an apartment “right where Hancock Park became Koreatown”, eating dinner at restaurants a few blocks away from Rodeo Drive and enjoying the weather, wearing a light wrap in the middle of January, although missing the seasons.

The Next Best Thing is by Jennifer Weiner.

A copy of How to Hack a Heartbreak was provided by HarperCollins Canada
for an honest review. The opinions are my own.

Please note: This post contains product links from World Nomads which is an affiliate link, meaning if you click over and purchase something, we will receive a very small percentage of the purchase price (at no extra cost to you) which goes towards maintaining followsummer. Thank you in advance!