New York is one of the few places in the world

where literally anyone can find their place. There are plenty of neighbourhoods, each one with their signature styles and, of course, signature drinks from plenty of cool bars.

Some are originals that have been crafted right in NYC, while others are adopted from other parts of the world and found their new home – and new style – in New York, becoming local favorites.

To make sure you find your favourite cocktail bar and don’t miss out on any hidden gems scattered around the City that Never Sleeps, make sure you read on to learn about the best cocktails NYC has to offer! And looking at creating your own classic cocktail? Check out the Modern Mixologist and start crafting your own! 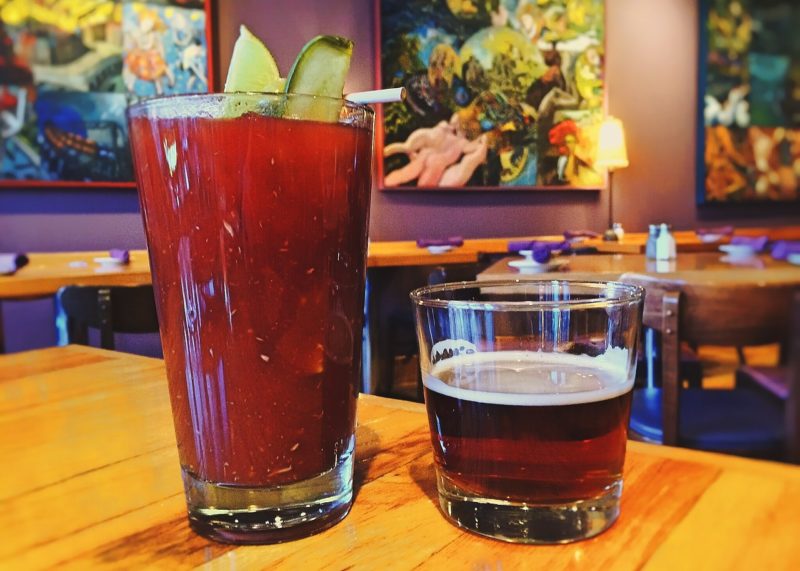 A New York Bloody Mary AKA a Red Snapper

To be perfectly fair to this vodka cocktail, as well as its creators, the proper name to call the famous Bloody Mary is a Red Snapper. It was crafted in King Cole Bar, and the unusual mixture of alcohol and tomato juice was at first considered bizarre, but with the addition of spices, lemon, and Worcestershire, it has become not only a New York classic but a brunch staple. It is now served with a simple addition of a celery stalk for garnish and some cayenne pepper for a kick. 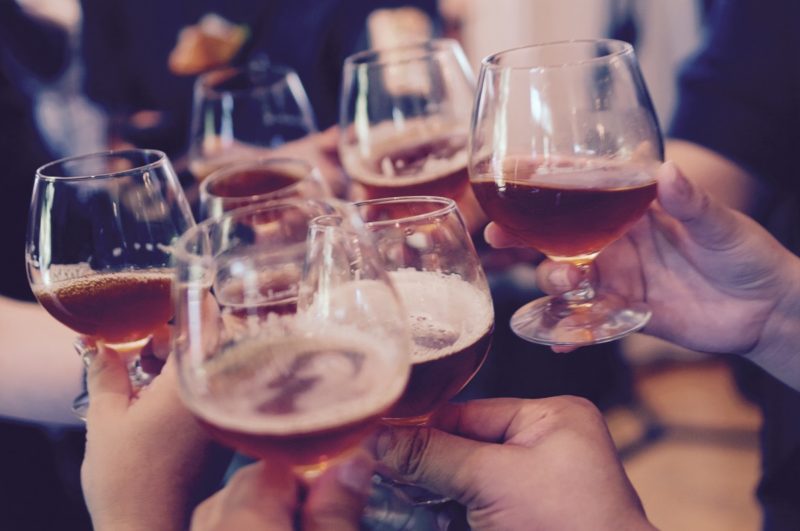 The Manhattan: the inspiration for so many stirred cocktails today and so New York

Manhattan:  as New York as it gets

This is as New York as it gets. The Manhattan has a few too many origin stories: one that says it was made in, as you probably guessed, Manhattan Club. However, there is another story, which says that the Manhattan originated on Broadway, mixed by a man known only as Black. Another story even mentions Jennie Churchill, who hosted a party for which this cocktail was crafted. Nevertheless, the Manhattan is an inspiration for so many stirred cocktails today, and no matter its origins, the whiskey, vermouth and bitters combo will forever remain a classic, not only in NYC, but throughout the world. 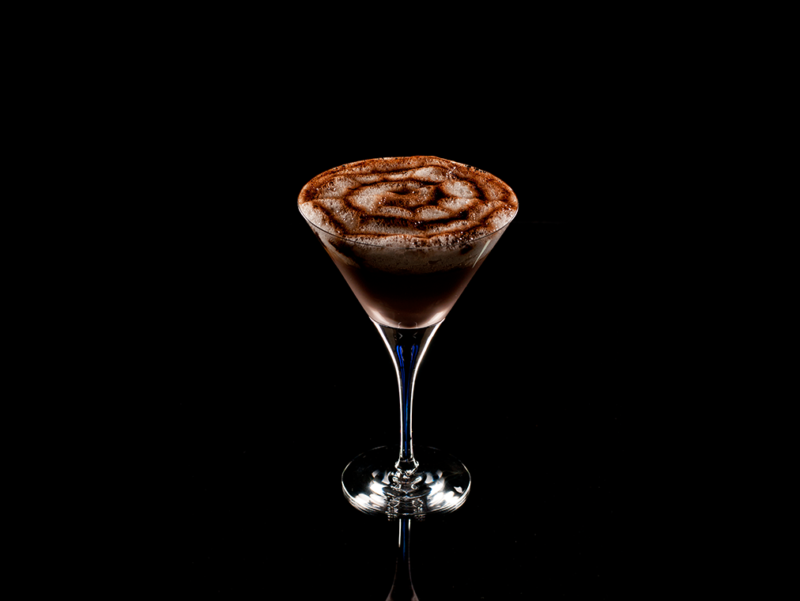 A cocktail named after its creator, Martini di Arma di Taggia, this potent potable was mixed and served in Knickerbocker hotel in the early 1900s, and it has been a classic ever since. The strong, subtly dry taste is something that has inspired so many people over the years to make iterations of the classic. Today, you can find the top mixologist in NYC making a chocolate martini, alongside other modern variations of the classics. And these classics aren’t called that for no reason. The Martini especially is, on one hand, a strong mixture of liquids, but still leaves ample space for other flavors to be added. 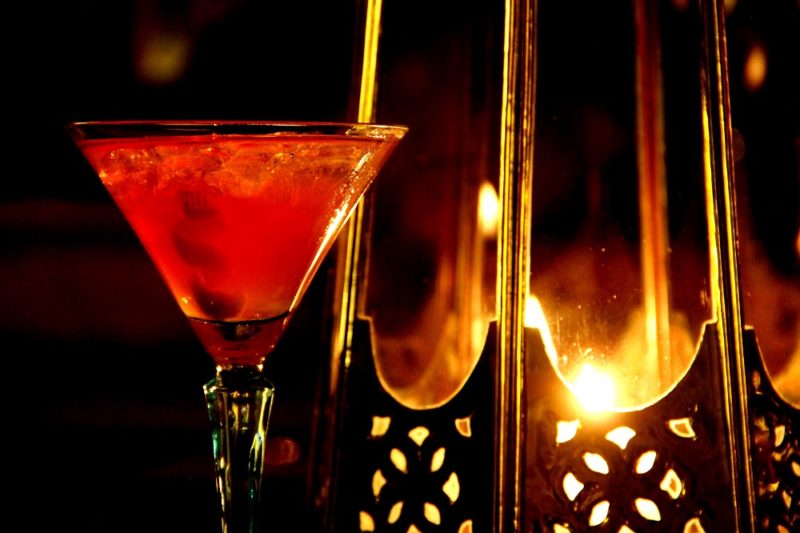 The Cosmo: A Sex and the City and New York staple!

Anyone who’s heard of Cosmo definitely knows the very important role it plays in Sex and the City, there is much more to this refreshing drink than just a brunch-friendly cocktail. It was for a long time considered to be a fresh, lighter version of the Martini, even served in the same glass. But the Cosmo can definitely stand its own ground, ever since it was recognized and put on the menu in the Odeon, which surprisingly doesn’t serve it anymore. The simplicity of the cocktail allowed for many variations, like the Ginger Martini (which, yes, falls under the scope of cosmopolitans) where lemon is subbed for lime and cranberries are replaced by ginger. 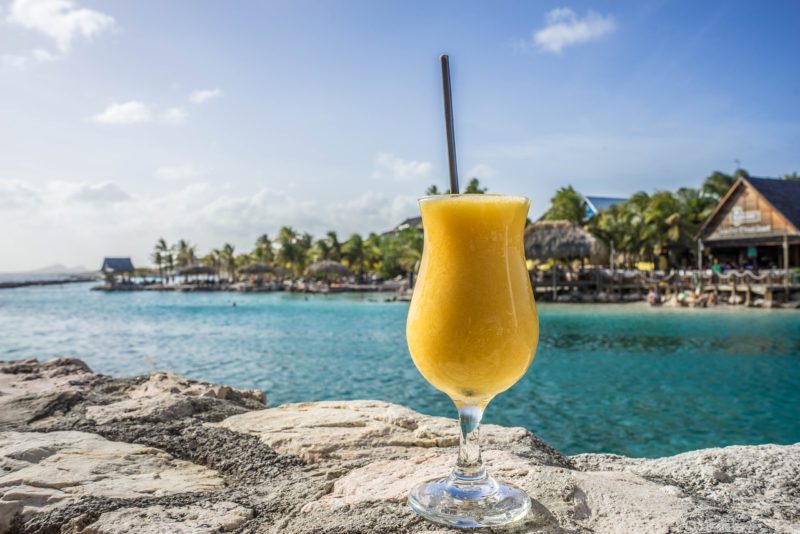 Daiquiri or a Tom Collins? Only in New York

This refreshing cocktail has one of the most interesting stories of the bunch. Allegedly, a person named Tom Collins was slandering people’s good names. Outraged, people would set off to find this Mr. Collins all over NYC. Tom Collins, in fact, never existed, and was simply a hoax to get people chasing smoke, and bartenders around town created a refreshing citrus cocktail, naming it Tom Collins. So, when people would come into a bar to ask about a Tom Collins, they would be served a refreshing drink that has to this day remained a summer favorite. 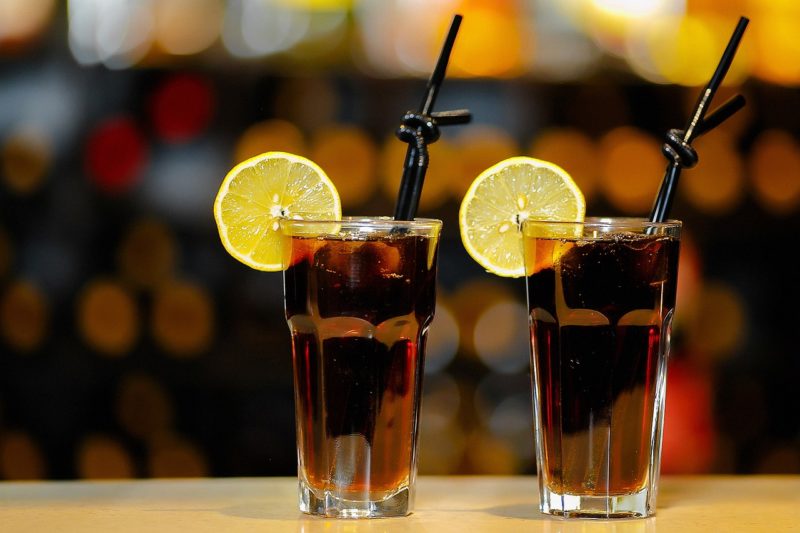 Long Island New York: a ‘tea’ that packs a punch.

This very young cocktail, around for just over 30 years, is the perfect spring or summer refreshment. The full name, Long Island Iced Tea, is extremely misleading because the cocktail actually doesn’t contain any tea, but rather a splash of cola that gives it the color of iced tea. It is often mixed with flavored spirits to give it a more tropical taste or other variations.

The next time you’re in New York, make sure you make some time to sip one of these staples at a classic New York Bar. If made correctly, they can be some of the best cocktails you will ever try. But don’t be scared to give mixing a try at home as well – you never know when the next classic will be made!

Please note: This post contains product links from Amazon.ca which are affiliate links, meaning if you click over and purchase something, we will receive a tiny percentage of the purchase price (at no extra cost to you) which goes towards maintaining followsummer.com Thank you in advance!

An Entire Year of Following Summer

Just Hours in and We Love Barcelona Already

Typical Tourists: A Walkabout in London