3 Beach Reads and Some Beaches to Read Them On

These hot, humid days of summer makes you want to find yourself a body of water – hopefully surrounded by sand – and settle down with a great beach book.

A beach read, in my opinion, is one that is fast and doesn’t require too much in the way of thinking. It should have interesting characters and a plot that hooks you right away, but that allows you to put it down so you can cool down in a river, lake or ocean – whatever water you have handy. Here are three summer reads to add to your waterside enjoyment. 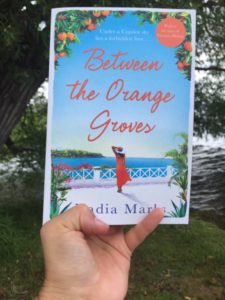 Between the Orange Groves

Author Nadia Marks writes the perfect beach read, and Between the Orange Groves ($18,99, PGC Books, Pan MacMillian) is no different. Set in the 1920s to 1950s Cyprus and 2008 in London, England, you learn about Lambros and Orhan, who grew up as close as brothers until a betrayal pulls them and their families apart. In 2008, Lambros, now an old man, tells his daughter, Stella, the story of his life including how a scandal broke generation-long friendships. Stella notices instead of happiness, these stories bring sadness to her father.

Lambros is Christian and Orphan is Muslim and like their parents before them, their religious differences didn’t matter to any of them until an event that changed the course of each character’s life.

“Is it too late for forgiveness? Or can the next generation embark on a journey of their own to help mend the damage done all those years ago?”

With Marks’ descriptions, it is easy to imagine what Cyprus must have been like in the past and now. One of my favourite descriptions was how the scent of the citrus trees in bloom almost overpowered the room when the windows were open.

None of the characters actually hung out on a beach in Cyprus; if they had I could imagine Marks’ describing Coral Bay beach with its blue-green waters, white sand beach and beautiful cliffs. While Canada can’t claim Caribbean blue, the next best thing may be Tobermory with its own stunning rocks and clear blue-green waters. Great diving, too. 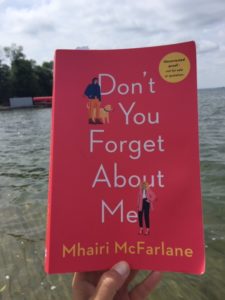 Don’t You Forget About Me has laugh-out-loud moments and great characters.

Don’t Forget About Me

Twelve years ago, Georgina was in love with a boy who wrote “I love your laugh x” in their school notebook. Things happened, and the pair went their separate ways until “Georgina was fired from The Worst Restaurant in Sheffield (c/o Tripadvisor) and found The Worst Boyfriend in the World (c/o Georgina’s best friends) in bed with someone else.”

Georgina goes to work at a new pub only to discover her new boss is the same boy she loved in high school. The only problem, he doesn’t remember her at all.

Don’t Forget About Me by Mhairi McFarlane ($24.99, HarperCollins Canada) was laugh-out-loud funny in some moments and awful in some parts as well, particularly anything to do with the ex-boyfriend, who is manipulative and controlling and does some pretty awful things in the name of love.

“Lucas says: ‘…Something I’ve learned is people do much worse things to you in the name of love, than they ever do as your enemy.’”

Georgina’s friends are great – fun characters who you want on your side in times of good and bad and offer their own form of comic relief.

If the characters in this book wanted to go to the beach, they may borrow a car and head to Hornsea Beach, which is about two hours away from Sheffield. A seaside resort, the beach offers sand and shingle beach, which reminds me of spots in the Bay of Fundy National Park, New Brunswick. 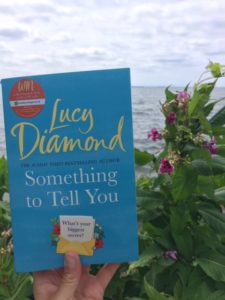 Something to Tell You

Lucy Diamond is another writer who offers great beach reads. In Something to Tell You ($18.99, PGC Books, Pan MacMillian) we meet the Mortimers, a close-knit family that are always up for a party. During their parents’ golden wedding anniversary party, a woman walks in and changes the family forever.

“As secrets tumble out and loyalties are tested, the Mortimers have to face up to some difficult decisions. With love, betrayal and dramatic revelations in the mix, this is one summer they will never forget.”

There are lots of characters in this book, with the story focusing on the two sisters-in-law and Frankie, who stumbles into an anniversary party looking for answers about her birth. You get to know each character and their related people during the course of the book and with many summer reads, there is a happy ending for all.

Jeanie and Harry are supposed to be heading to Madeira for their second honeymoon when Frankie shows up. Jeanie heads to this island alone. If she wasn’t heartbroken, she might have taken a trip to Porto Moniz, which offers seawater filled lava pools. Canada may have snow, but they also have hot springs, including Banff Upper Hot Springs.

A copy of these books was provided by HarperCollins and Pan MacMillan
for an honest review. The opinions are my own.