Escape the Cold by Armchair Travelling to Nantucket and India

This month, I escaped – to a beach in the sunny south and across the world, where we see the two faces of India. 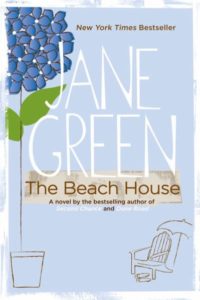 The Beach House inspires us to visit Nantucket, Massachusetts.

“Imagine waking up, throwing open the doors in your living room and stepping out onto sand.”

It also makes me think of summer and relaxation. (“She is booked on the ferry to Nantucket in three days, and she needs this rest more than she has ever needed anything. She needs to get away from home, needs to lie on beaches with stacks of good books…”).

The Beach House by Jane Green makes me wish I was spending the summer on Nantucket Island, off of Cape Cod, Massachusetts, and where views include “sunlight glinting off the water, boats bobbing gently in the ocean”), and meeting the cast of characters the author brings to life in this novel.

While Nantucket island can be isolating at many times during the year, in the summer it comes to life (“you would barely be able to move for tourists wandering up and down the cobbled streets; that the traffic would be terrible, old beaten-up Land Cruisers owned by the islanders replaced by Range Rovers and Escalades too big, to flash for the down-to-earth island.”)

When we first meet Nan, “the eccentric lady who lives in the rambling house on the bluff,” it’s a foggy day “but she has lived her long enough to know this is merely a morning fog, and the bright early-June sunshine will burn it off by midday leaving a beautiful afternoon.”

Through the visitors to the island, many who end up staying in Nan’s home that she rents out to make ends met, we see the beauty of this island.

“’ It’s lovely here’, and Daniel is surprised at how relaxed he feels. Daniel and his wife, Bee, are staying in ‘Sconset, “across the road from the ocean where they sat last night, listening to the waves crash…”

The new tenants in Nan’s house become fast friends, enjoying each other’s company and helping each other through whatever is going on in their lives. And while most just enjoy lazing about the old house an enjoying the views, we learn there is still lots to do on this small island for kids.

“’Is there stuff for them to do here’?”
“Are you kidding?” said Daniel. “Tons. Fishing, boating, ice cream. It doesn’t get better than this. And I’ve been taking them to crafts at the whaling museum most afternoons. They love it.”

Everyone who stays at Nan’s house seems to find what they need on Nantucket.

“Ah. Nantucket. Is it still the most magical place on earth?”
“Bee smiles and nods.” 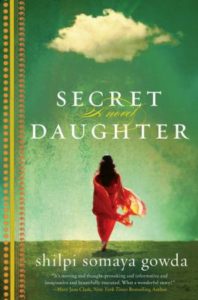 The Secret Daughter shows the extremes of India.

In Shilpi Somaya Gowda’s book Secret Daughter, tt’s 1985 and Somer is going to India for the first time. She and her husband, Kris, who was born and raised there, are adopting a little girl named Asha, whom they bring back home to San Francisco.

“When (Somer and Kris) step off the plane in Bombay, the airport engulfs Somer with its pungent mix of ocean air, spices and human sweat….When they get outside, the muggy weather settles on Somer’s bare shoulders like an unwelcome shawl.”

On the way to her husband’s parents house, Kris points out the sites – “an elegant mosque and a famous racetrack”, although Somer, in her first trip to her husband’s birthplace, only sees the poverty and desperation, and she finds she can not embrace the culture.

Time passes in this book, and Kris and Somer’s relationship changes as Kris begins to realize the American dream now seems empty to him and he longs for his home, particularly at Diwali.

“It was evening in Bombay, and he could close his eyes and picture the millions of diyas, the tiny clay pots holding small flames lining the balconies, the street stalls, and the shop windows. Visitors came to exchange boxes of sweets and good wishes. Schools closed and children stayed up to enjoy fireworks. Ever since he was a child, it had been one of his favourite nights of the year, when the whole of Bombay took on a magical feel.”

Fast forward to 2004 and Asha, now a university student returns to the home of her birth and for the first time meets her family. When she steps out of the airport, the smells that greet her seem different than that of her mother.

“On the way to the baggage claim, it is the aroma that greets her first. It smells salty like the ocean, spicy like an Indian restaurant and dirty like a New York subway.

While in India, Asha experiences a wedding, food (chai, classic south Indian street food) and her first sari shopping trip. She hangs out with cousins and extended family and gets to spend time with her grandparents, her grandmother sharing her wisdom and the places to visit while in India (Mahalaxmi Temple “lovely temple, very big, people from all over Mumbai go there.”)

She also goes to Chowpatty Beach, where during the day you see beaches and playgrounds “but in a half-hour, it will be lights and carnival games. It knows it’s a little cheesy, but I consider it one of the highlights of Mumbai. You can’t leave the city without seeing Chowpatty,” said Sanjay, with whom she met a wedding.

“They walk to one of the snack food stalls on the beachfront that has come to life with the darkening sky, and Sanjay gets them two dishes of bhel-puri.”

The pair watch as the Chowpatty Beach transforms, the Ferris wheel lights up and a charmer attracts a crowd with his flute music and costumed monkey.

The purpose of Asha’s trip to India is to working as a reporter at The Times of India.

When she arrives at the newspaper office, she is unsurprised someone addresses her in English.

“Her cousins have explained that Indians can peg her immediately as a foreigner with her Western-style clothing and shoulder-length hair. Even the fact that she makes eye contact with people is a giveaway. Despite this, she enjoys the novelty of walking down the street among a crowd of people who look like her.”

Asha is shadowing Meena, a reporter, who offers her first experience with street meat.

“Meena hands Asha a rectangular paper tray filled with reddish-brown stew topped with chopped raw onions and a lemon wedge and two glossy white buns on the side.”

Asha tears off bites of the bun and dips them in her stew. While Meena orders her the “tourist version.” less spicy, it still requires a glass of water. It’s the most common street food in Mumbai, a city that “draws people like a magnet. It has the best and worst of everything India has to offer,” Meena said, including Dharavi, the largest slum in Mumbai, India and perhaps all of Asia.

Meena, who gave Asha a number of newspaper clippings to read through, explains India to Asha.

“It’s a five-star pile of contradictions, isn’t it?” Meena said. “I selected those clippings for you because they show the extremes of India, the good and the bad. Some people like to demonize India for her weakness, others only glorify her strengths. The truth, as always lies someone in between.”